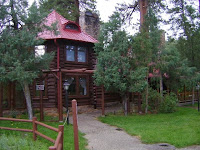 In previous posts, I discussed some museums I've visited that are redefining the traditional interpretation of the word "museum." Museums are now breaking outside the walls of buildings and sometimes the museum is the walls of the building. In my post about Dinosaur Ridge, I wrote about the outdoor self-guided tour I took where the fossils were not displayed in glass cases but rather embedded in the side of a mountain. In my last post, I discussed The Lower East Side Tenement Museum, an old tenement that doesn't have historical artifacts in a building but instead the building itself is the artifact. 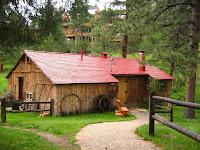 Another "alternative museum" I'd like to discuss is the Hiwan Homestead Museum which I visited on my trip to Colorado. Similar to the Lower East Side Tenement Museum the Hiwan Homestead Museum is about the building itself. Its a series of log homes that were once inhabited by different families and now have been opened to the public as a museum. It was also built in the late 1800s like the Tenement Museum but the similarities end there. 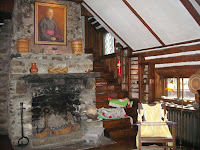 In 1893, Hiwan began as a simple, one-room structure which was converted into a summer home for a Civil War widow Mary Neosho Williams and her daughter Josepha, who earned the name Dr. Jo when she became one of the first women to earn a medical degree in Colorado. They hired Jock Spence to build the first cabin on the property which they dubbed "Camp Neosho." By 1918 Jock built many additions and finished construction on what is now a 17 room log home. 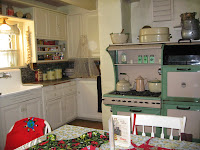 When Dr. Jo died in 1938, the property was sold to Darst Buchanan, a wealthy oilman from Tulsa, Oklahoma. He and his family renamed it the Hiwan Ranch, an Anglo-Saxon term meaning "members of a family household." 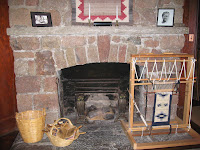 Jefferson County Open Space and the Jefferson County Historical Society purchased the structures in 1974 and they were placed on the National Register of Historic Places. The museum opened in 1975. 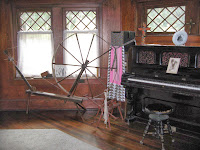 A tour guide will take you through the rooms which have been restored to their appearance from the period of 1915-1930 to reveal the stories of each family and Hiwan's rich history. 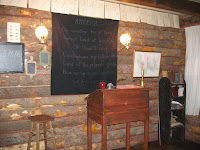 You can walk around on your own outside the main building and visit the rest of the ranch, walk the nature trail, and go inside the tents or other cabins. The guided tour is free and despite the fact I got there when they were closed the very nice tour guide happily stayed late to give one more tour. 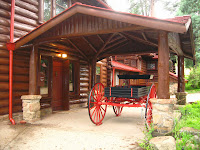 The Hiwan Homestead is another great space that is changing peoples perception of what a museum is. I say good riddance to the stuffy buildings with their exhibits in glass cases and signs that say "Don't touch!" Museums are breaking outside their boundaries and I welcome the new interpretation of what a museum is. A museum can be a log cabin or an old tenement or it might not be in a building at all. It can be outdoors with fossils that are encased in the side of a mountain. The most important change in the role of museums is that they are no longer formal spaces where visitors are passively looking at art or objects. I think the best museums are the informal and non-conventional ones which are inviting their visitors to become a part of the exhibit thereby creating a much more rich and valuable experience.
Posted by Kim No comments: