We moved from the farthest corner of the country to the other right before two major holidays. We traveled a total of 6,157 miles from Hawaii to San Diego to New York and finally Florida. We had to unpack, buy a car, and find work all over again. Then my laptop needed to be sent in for repair. Then it was returned with more damage than it started with so I had to send it for repair a second time. So here we are three months later. My laptop and I are finally sorted out and I'm finally able to write this post...

After wandering around the planet and then living on Maui for two years we decided it was time to move on again. So we packed up our things once again and just like we did when we left New York, we sold whatever couldn't fit in a suitcase. Considering we entered Hawaii with just two backpacks between us, it is amazing how much we managed to accumulate in such a short space of time–bikes, surfboards, bodyboards, snorkel gear, stand-up paddleboard, art supplies, easel, clothes, car–everything was sold and somehow we even managed to make a profit. We were especially lucky in selling our car because rather than having to rent a vehicle until we left Maui, the nice man who we sold it to allow us to keep it until the day we left. He even drove us to the airport!

We left Maui in early November and flew 2,535 miles to San Diego. We spent yet another night sleeping in the airport. I use the word "sleeping" very loosely because there wasn't very much sleep happening due to the overnight construction and blasting music in the brightly lit and overly air-conditioned airport. That is the not-so-glamorous side of traveling.

The next day at 5 a.m. we boarded our second flight and arrived in New York after a total of 18 hours and an additional 2,432 miles. Darren went to our storage locker in the Bronx to go through our belongings to see what remained after Hurricane Sandy. However, after living without any of it for two years we've learned we don't really need it and most of it can be replaced. We had planned to be away for a few months rather than two years so it was like digging up a time capsule with 44 cent stamps and boxes of winter clothes and boots that looked alien to us after living in Hawaii.
Then we loaded up a massive yellow Penske truck which we affectionately named Large Marge. The rental company didn't have the smaller truck we had reserved so they gave us this 26' monster instead.

We said goodbye to New York and headed to a more tropical climate. Destination: Florida. Only 1,190 miles to go! 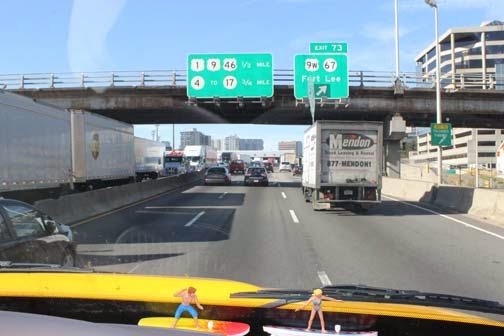 Little Kimmie and Little Darren like to ride in the cockpit. Here they are leaving NYC. 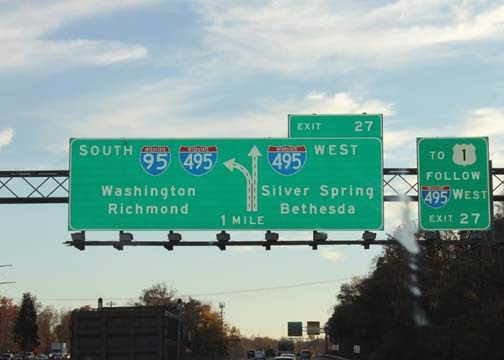 Of all the road trips we've taken all across this world, I have to say without a doubt that the drive on
I-95 from New York to Florida is the least scenic and most boring trip of them all. I have a lot of admiration for all of the truckers that make this trip week after week. 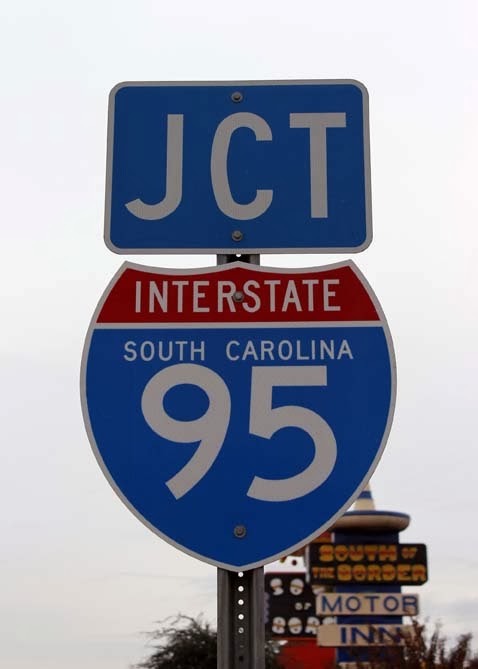 Since Large Marge was such a big lady, the trip took us two days. She struggled to make it up to 70 mph and Darren had to do all the driving since I could barely reach the pedals. 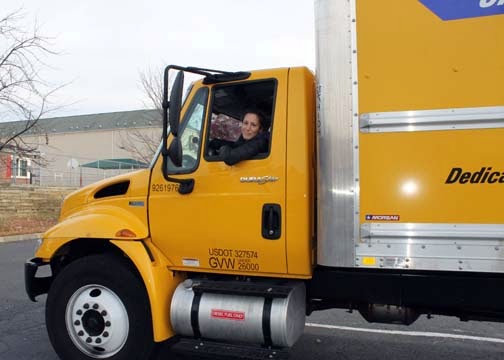 We took our time and stopped fairly often to smell the roses and take in the sights of the East Coast. 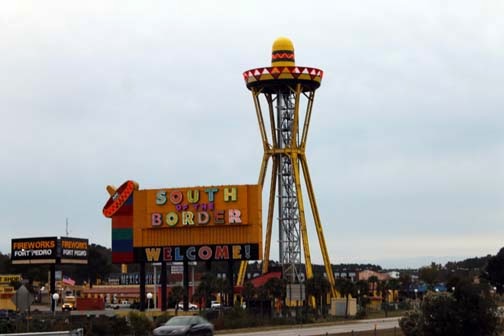 The last time I was at South of the Border I was 15 years old. I don't remember it being so creepy. 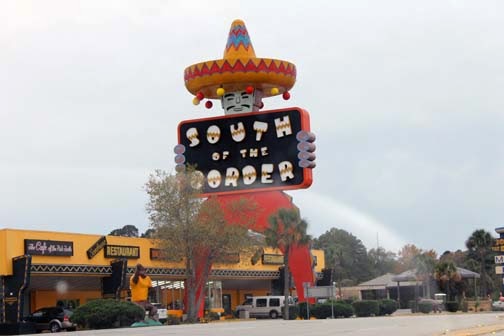 Maybe it was the dreary weather 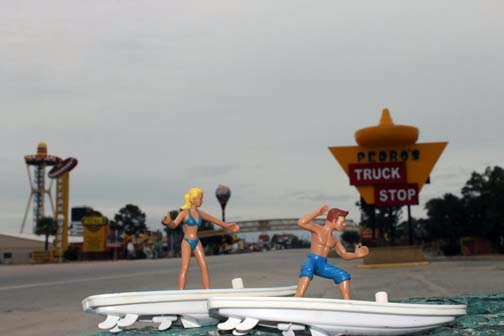 ...Or the carnival music playing to an abandoned carnival 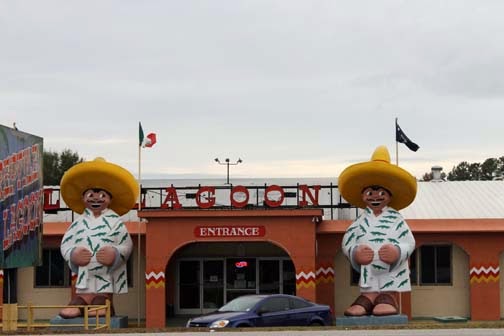 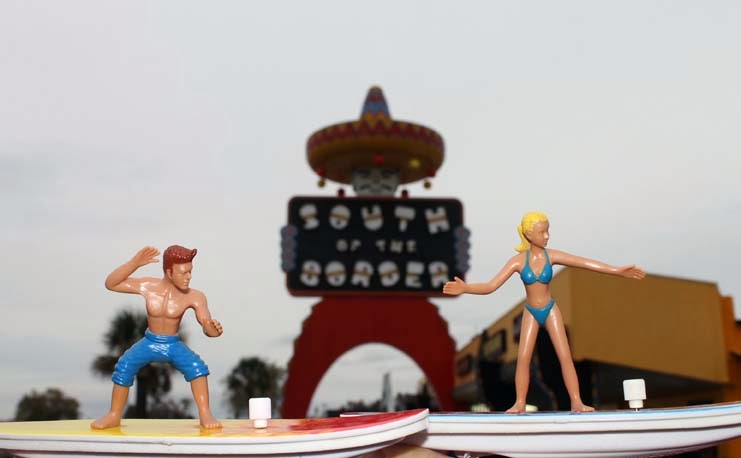 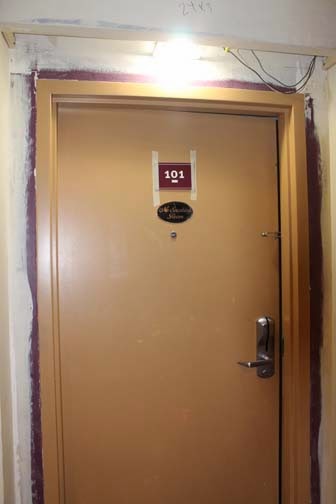 This is a picture of our hotel room somewhere near the Georgia/Florida border. 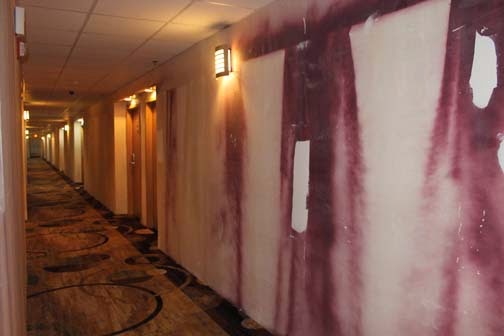 "Creepy" was the ongoing theme of our trip! 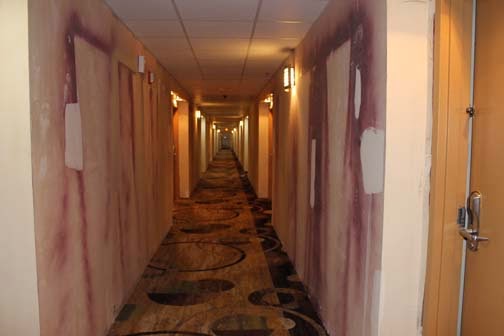 Exhaustion won out over creepiness. However, this place was pure luxury compared to some of the places we stayed in Nepal and India. 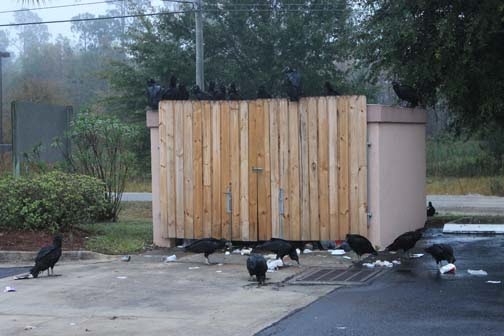 The next morning we woke up to more creepiness. I'm not sure if these were vultures or crows feasting on garbage in the hotel parking lot. I just call them "creepy birds". 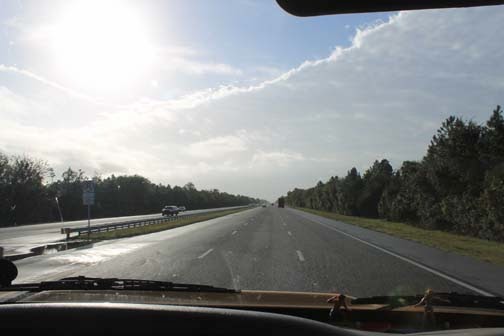 We couldn't get out of there fast enough! Sunshine State here we come!

*We've been in Florida for three months now and so far so good. I'm looking forward to the next adventure!