There's so much I could write about New Orleans. It's a city so overflowing with musical talent that traffic stops daily for impromptu marching band performances. Its architecture and scenery are so stunning that I spent an entire day dedicated to touring mansions and graveyards. Although I could write ten posts just about its unique flavors and dialect, I'm going to focus on Mardi Gras World since museums are what this blog is all about and Mardi Gras is what New Orleans is best known for. 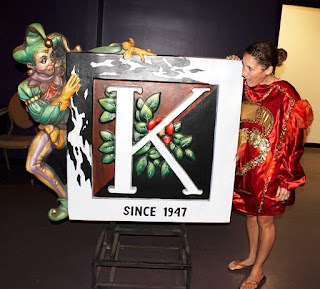 Mardi Gras World was a welcome and refreshing departure from the war museums I had just toured in the past two days in Alabama and Mississippi.

First, our guide let us try on costumes and play with props. We watched a short but important film about the history of Mardi Gras. Then we got to eat King Cake which is a New Orleans Mardi Gras tradition. If you've read some of my other posts then you know that any museum that gives me free food (or beer as was the case with the Guinness museum!) gets an A+ in my book. 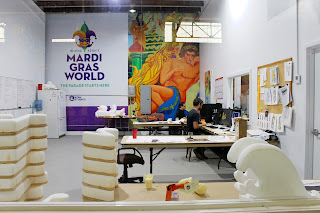 What I loved most about Mardi Gras World, besides the cake, was that we got to go behind the scenes and see the entire process of making the floats from start to finish. Inside this room, designers are creating digital templates for the machines that will cut the styrofoam forms. 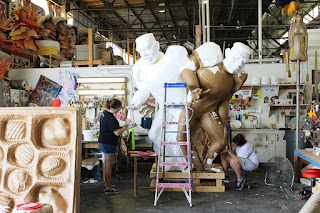 These two women are using a papier-mache technique so that the forms can take paint. 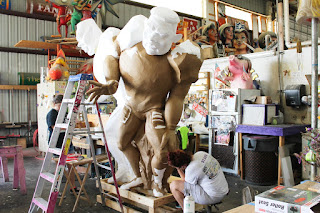 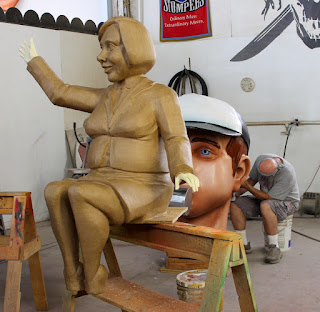 This one has been fully covered with the paper and is ready to be painted. 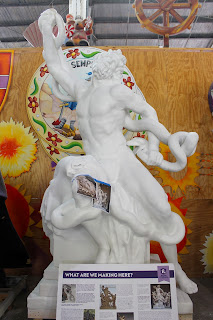 This looks like a stone statue but it's really just made styrofoam. The detail is truly impressive. 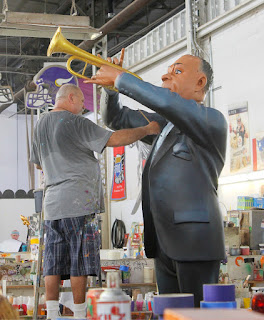 An artist is finishing the paint job on this trumpet player. 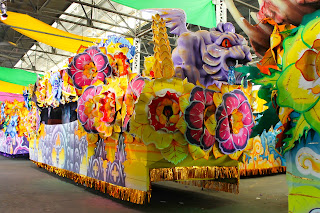 Here are some floats that are completely finished. Our guide took us through the entire space and gave us heaps of information about Mardi Gras, float making and how you can get yourself a spot on a float. 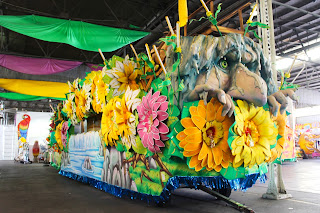 After he left we were allowed to wander around by ourselves for as long as we liked. There was so much to see and it was all so magical and inspiring. 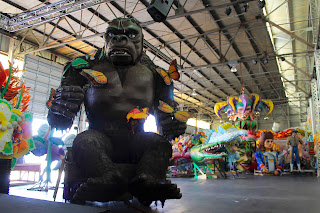 Mardi Gras World is a bit out of the way if you're on foot but they have a free shuttle that will pick you up and drop you off and they have King Kong and King Cake so you have no reason not to go!!


Visit their website for hours and address and other info http://www.mardigrasworld.com