After 14 years of Museum Trekking, I've decided that this is the right time for my final post. Like most of you, I've refrained from traveling to remain healthy and slow the spread of COVID-19. During this time, many museums have had to shut their doors permanently which has made writing about museums and traveling very difficult.
Once fully vaccinated, I booked a trip requiring air travel for the first time in two years. I decided to do something different and special for my final post and so I put together a little video to say farewell.
We flew to Las Vegas, Nevada where we rented a funky campervan called "The Flat Foot" from Escape Campervans. Then we drove to Utah and camped at Zion National Park for a couple of days before heading over to Bryce Canyon National Park. After camping in Zion, we drove down to Arizona and camped at Grand Canyon National Park. Most museums were closed except for a few that we went to at the Grand Canyon. However, the National Parks and campsites were busy as most people, including me, are preferring to stay outdoors where it is safer for the time being. It was so nice to get some fresh air and a change of scenery after being hunkered down at home for so long.
Thank you to everyone who has followed me around this wonderful world for the past 14 years. It has been an amazing journey. While this may be my final blog post, I still plan to carry on Museum Trekking and I hope you will too! If you'd like to continue following along on my adventures please find me on Instagram @kimwnolan.
Happy Trails!
Kim
Posted by Kim No comments:

A new exhibit for a new year! During the summer and fall of 2020, I was hired to design, Genius & Generosity-The Elliott Story, a new permanent exhibit for the Elliott Museum located in Stuart, Florida. 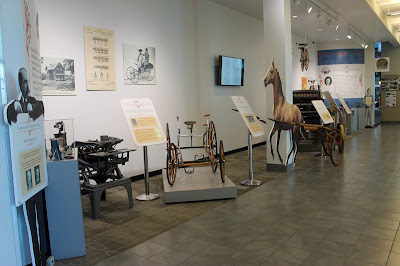 I partnered with Paul Orselli Workshop (POW!) and we worked with the museum's Curator, Linda Geary, to design and develop the content for this exhibition. 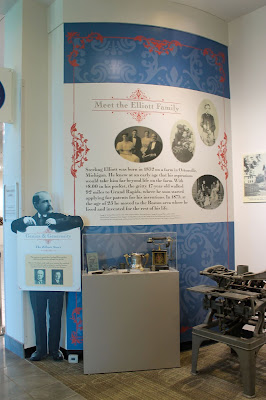 This exhibit about the museum's namesake, Sterling Elliott, is a tribute to his life as an inventor, social reformer, and the successful business empire which he built with his son, Harmon Elliott. 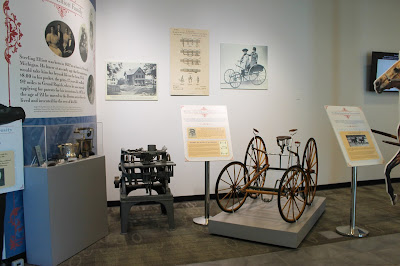 The exhibit follows Sterling's inventing life from the 1800s to the early 20th century. His invention of the steering knuckle for his quadricycle revolutionized the automobile industry and made him extremely wealthy. 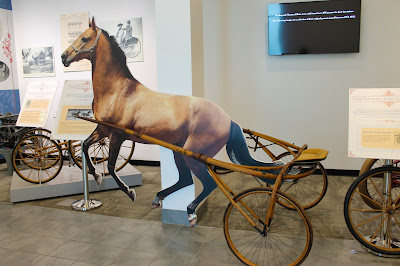 His improvements to the design of the harness racing sulky resulted in the champion driver, Budd Doble, racing the Elliott sulky to a new world record in 1892. 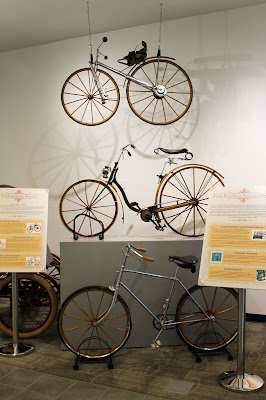 Not only did his bicycle inventions make cycling safer, but they improved the lives of women and African Americans. The Sterling Bicycle Company made bicycles designed specifically for women when other bicycle manufacturers believed women should not be allowed to ride bicycles. Elliott used his role as President of the League of American Wheelmen to fight and gain the right for African Americans to compete in cycling races. This lead Marshall Taylor to become the first African American World champion cyclist in 1899. 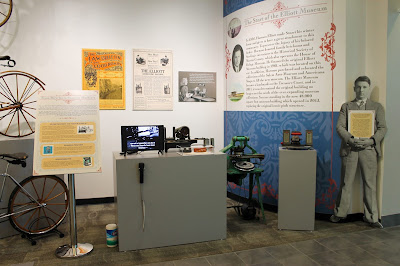 The Elliott Addressing Machine Company came about when Sterling purchased The Bicycling World magazine and became editor of LAW Good Roads magazine. Sterling's invention of the addressing machine was a brilliant solution to the time-consuming problem of addressing the magazines to each subscriber by hand. 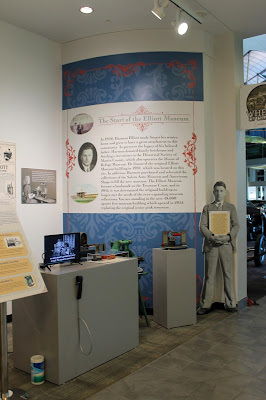 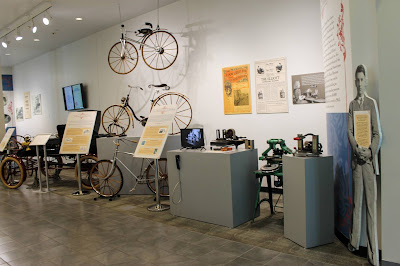 The pandemic posed some unique challenges for us with materials being in short supply as well as personnel. The indefatigable staff at the Elliott Museum rolled up their sleeves to help finish the exhibit. Even the museum's Financial Manager, Vikki Tobiasz, and Special Events Coordinator, Deb Banta, pitched in to help with the installation. I'm very proud of what we all managed to accomplish despite some of the obstacles we faced.

The Elliott Museum is located at 825 NE Ocean Blvd in Stuart, Florida. It's open to the public 7 days a week from 10 am until 5 pm. The 50,000 sq. ft. building offers plenty of space to safely social distance while enjoying the exhibits. We hope you will visit soon and let us know what you think of our new exhibit.