Do you know about the Dry Tortugas? That's ok. I didn't either until my husband surprised me with a trip for my birthday-- it was a big one with a zero on the end! It was such a unique and wonderful experience and I'm so excited to tell you about this amazing place.

So what is Dry Tortugas?
Dry Tortugas comprises 7 islands located in the Gulf of Mexico 71.8 miles from Key West. It is the most remote of all the national parks of the contiguous 48 states. It was discovered by Ponce de Leon in 1513. He named it "Las Tortugas" because of the large number of sea turtles (Tortugas means turtles in Spanish) that populated the waters around the island. The name was later changed to Dry Tortugas to indicate to mariners that the island lacked fresh water. 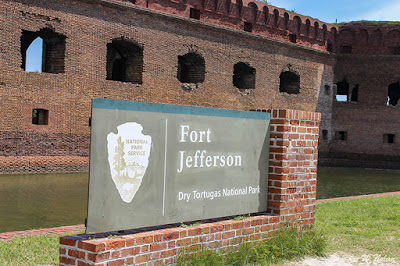 In 1846 the U.S. Army Corps of Engineers began construction of Fort Jefferson on Bush Key. All 16 million bricks and every single supply for the island needed to be brought there by boat. The Fort was used as a prison camp during the Civil War. The heat, loneliness, mosquitos, and lack of food and fresh water created a miserable existence for the prisoners and soldiers. 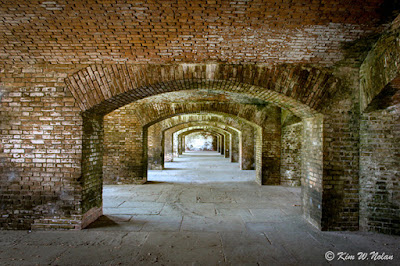 Today, there are only 10 staff members living there and every single thing still needs to be brought over by boat including food and drinking water. Visitors can camp on Bush Key with the proper permit and must bring all of their own supplies, food, and water. 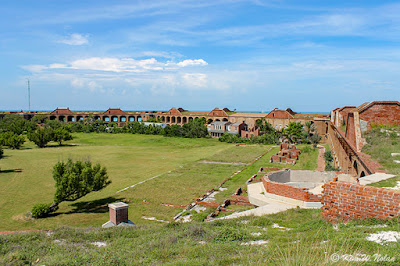 What is there to do at the Dry Tortugas?
One thing you can do is take a guided or self-guided tour of Fort Jefferson. I believe the guided tour lasts about 45 minutes. The only place that is off-limits is the moat. You are free to roam everywhere else. 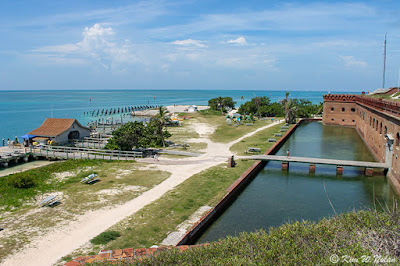 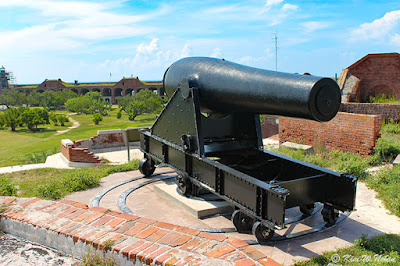 You are allowed to climb up to the top of the Fort where you can check out the remaining canons and get a bird's eye view of the breathtaking scenery. 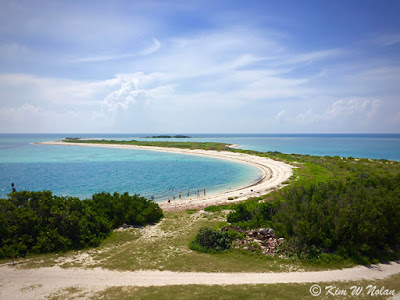 Dry Tortugas is also a bird watcher's paradise. In 1832, America's most prominent bird artist, James Audubon, spent several days at the Dry Tortugas observing and painting some of the over 200 avian species that migrate there from Cuba and Central America to the United States. 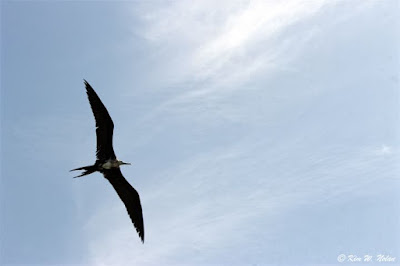 Some of the species of birds you may see when visiting are terns, boobies, noodies, herons, and frigates. I am not a birder so I can't tell you exactly what birds I saw but there were thousands of birds flying all around the island. I've never seen so many birds all in one place before. It was truly incredible. 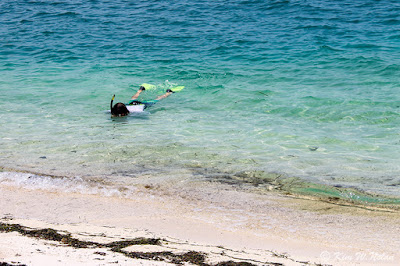 My favorite part of the trip was the snorkeling. All snorkeling gear was provided for us but you can also bring your own if you'd like. Dry Tortugas is home to one of the most vibrant coral reefs in the U.S. You are allowed to snorkel around the entire island (except for the moat) and you may even see some stingrays or sharks. Please be respectful and do not touch or stand on the coral. We saw some people doing this even after an announcement on the boat and a video about protecting the coral reef. You can kill the coral if you touch it and disrupt our entire ecosystem.

There was also one group of people on the trip who brought a radio and were blasting music. They obviously missed the entire purpose of spending the day on a remote island with no connection to the rest of the world. Luckily, they were easy to avoid by moving to a different location. Since only one boat full of people are allowed to visit each day, it wasn't crowded at all and wasn't hard to find our own little private stretch of beach. Overall it was a unique and peaceful experience from start to finish. There where thousands of birds flying above us and there was colorful coral everywhere we looked. There was also no cell phone service which provided us with uninterrupted serenity on our beautiful little oasis. 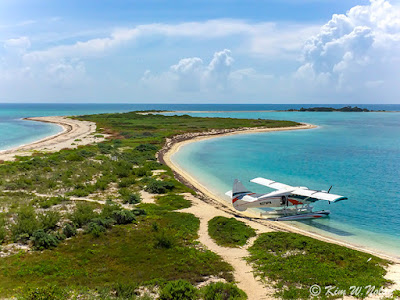 How do I get to Dry Tortugas?
Unless you own a seaplane, the Yankee Freedom is the only ferry that goes to Dry Tortugas National park so booking well in advance is recommended. Tickets include the pass to get into the National Park. The boat ride was really fun and relaxing and being that we left bright and early in the morning we weren't traveling with a rowdy group of partiers. It was a very family-friendly excursion. You can sit inside or outside and the ferry has an upper and lower deck. The trip was about 2 1/2 hours each way with breakfast, lunch, snacks and fresh water included. There was a cash bar available in the afternoon on the trip back to the Keys. The boat had several bathrooms (since Dry Tortugas does not!) as well as a shower if you wanted to rinse off after a swim. This is not a paid endorsement so I don't get any money for saying that the staff was fantastic as well. Visit yankeefreedom.com or call (800) 634-0939 for tickets. 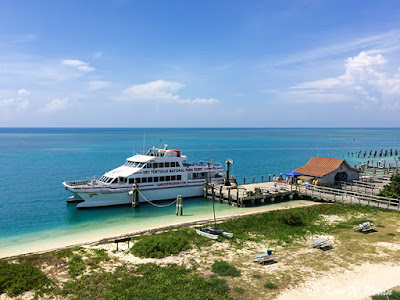