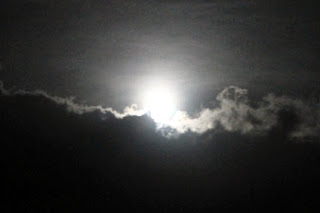 Chinese Moon Festival
According to the Chinese lunar calendar, the Chinese Moon festival is on the 15th day of the eight-month (or between late September and early October in the Western calendar) when the moon is at its brightest for the entire year. It occurs close to the autumn equinox when yin and yang are in perfect balance. This year it landed on September 19th which also happened to be our wedding anniversary. My husband Darren and I went to the Wo Hing Museum to celebrate our perfectly balanced special day. 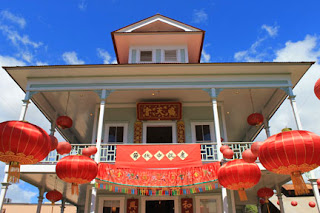 The Chinese symbol Wo means "harmony" and Hing means "prosperity". The Wo Hing Society was formed by Lahaina's Chinese immigrants around the turn of the 20th Century to provide its members with a sense of community and mutual support in a foreign place. It functioned as a religious temple and social gathering place. 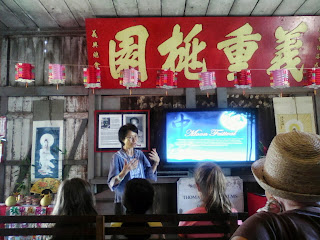 In exchange for a little volunteer work, we were taken on a special guided tour of the museum by Dr. Busaba Yip, who in my opinion might also be the most joyous person on Maui. Her excitement about the Moon festival spread like a virus to her visitors. 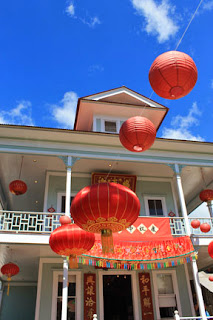 Inside the temple, you can view a collection of rare Chinese artifacts along with memorabilia of the Lahaina Wo Hing Society. On the second floor, we visited the altars to Guan Ti and other guardian gods. 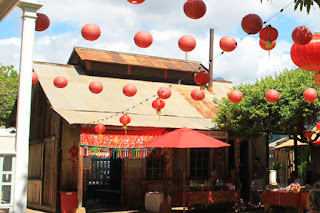 The cookhouse displays the old cooking woks, steamers and other utensils used by Wo Hing Society families. 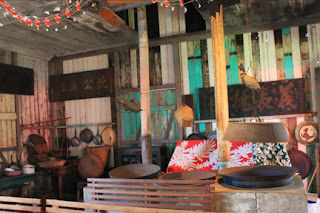 It is presently used as a viewing room where you can watch films of life in the Hawaiian Islands by Thomas Edison shot between 1898 and 1906 as well as segments of the film "Finding Sandalwood Mountain" featuring Wo Hing Society members. 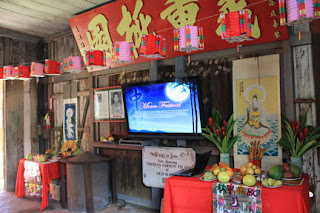 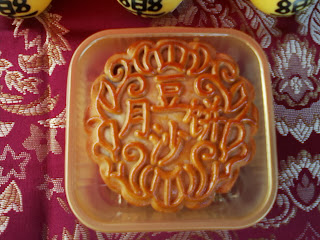