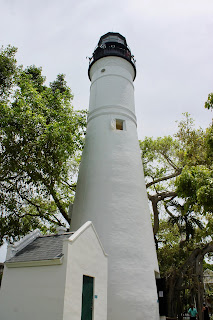 The current Key West Lighthouse was built in 1847 after the original wooden tower, built in 1846 on Whitehead point, was destroyed by a hurricane. When it reopened in 1848, its first Keeper was a woman which was very uncommon for the 19th century.

In 1969, the lighthouse was decommissioned by the U.S. Coast Guard. It was not re-opened until 1989 after its restoration.

The Key West Lighthouse Museum consists of three buildings – the gift shop, the lighthouse and the Light Keeper's Quarters. To enter, you must go through the gift shop. This is where you will pay your admission to the only staff member on the premises. You will then proceed back outside to the lighthouse for your self-guided tour. 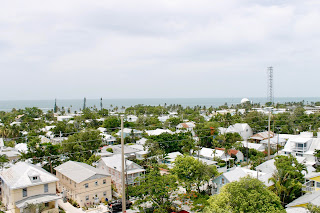 Visitors may climb the 88 steps of the lighthouse to the balcony where they will have a 360˚ view of the island. On this particular day, the heat index was 101˚ making the 88 steps feel like 800. 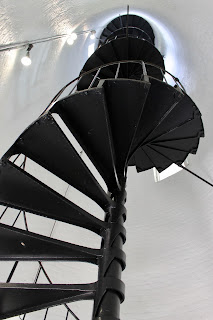 There are 10 additional steps to see the actual light but this section was closed on our visit. 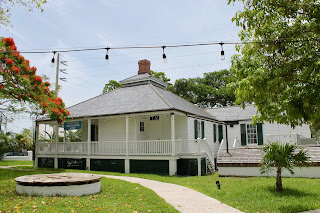 The museum is housed in the old Light Keeper's Quarters which was built in 1887. 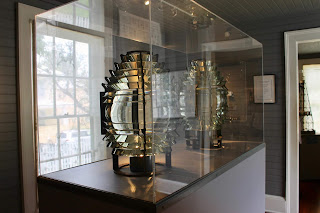 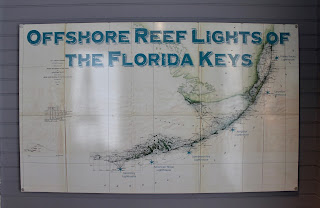 It's a small space consisting of just four rooms where you will find a collection of lighthouse artifacts and learn about the maritime history of the Keys. 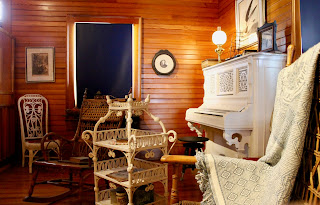 Visitors are not allowed to walk through this room displaying the Keeper's home life (above) but may view it through a window on either side. 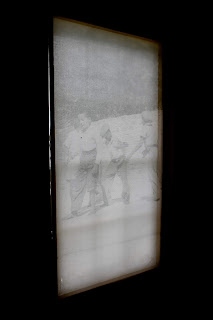 I thought these window shade graphics (above) were a very creative solution to the problem of limited wall space in this room. 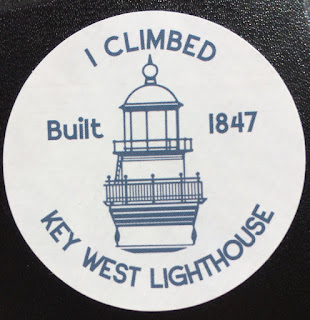 To exit the grounds, you must go back through the gift shop whereupon you will receive this sticker. 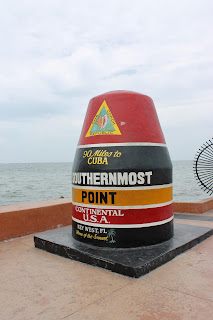 After your visit to the museum, you can walk just a few blocks up to see the southernmost point of the United States.