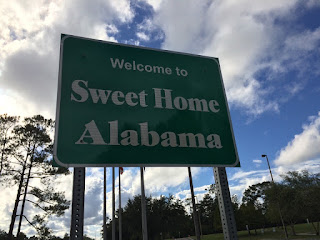 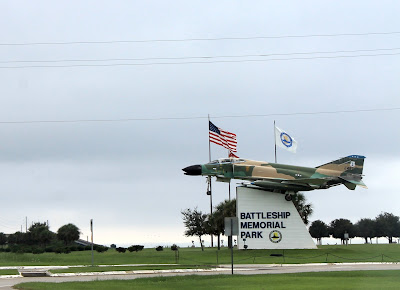 Visitors are given a 4-page guide with color-coded tours in Red, Green, and Yellow. The ALABAMA has color-coded numbers throughout for visitors to follow as they read the information on their guides. 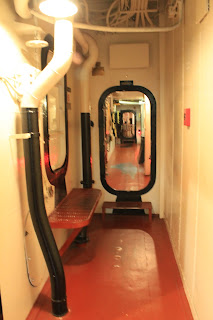 You must be careful going through the small doorways (hatches). I suspect this was much more challenging for tall crew members. 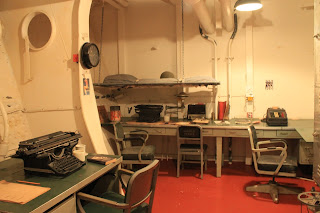 The battleship was a seemingly endless maze of ladders, corridors, and tiny rooms. 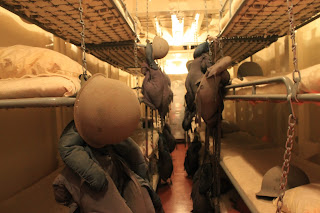 These beds were stacked 5 high!


The aircraft pavilion is the only place in the world that houses the complete collection of "F" series fighter jets. 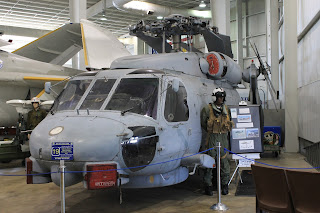 The park has more than 25 of the nation's finest military aircraft on display. 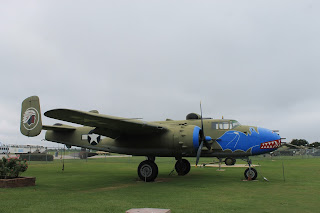 There are also aircraft and tanks located outside throughout the grounds of the park. 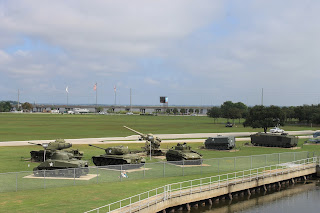 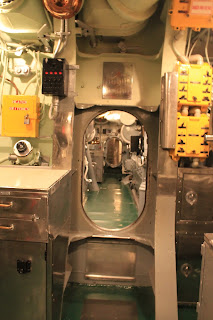 ***
The most important advice for visiting Battleship Memorial Park would be to wear sturdy footwear. There's a lot of very narrow metal ladders to climb within the USS Alabama and the Drum. Keep in mind that if you're not able to climb up and down the ladders then you'll only be able to view the outside of the battleship and the submarine.  If you are claustrophobic, this tour might not be for you. Space is very tight inside the DRUM as well as the ALABAMA.